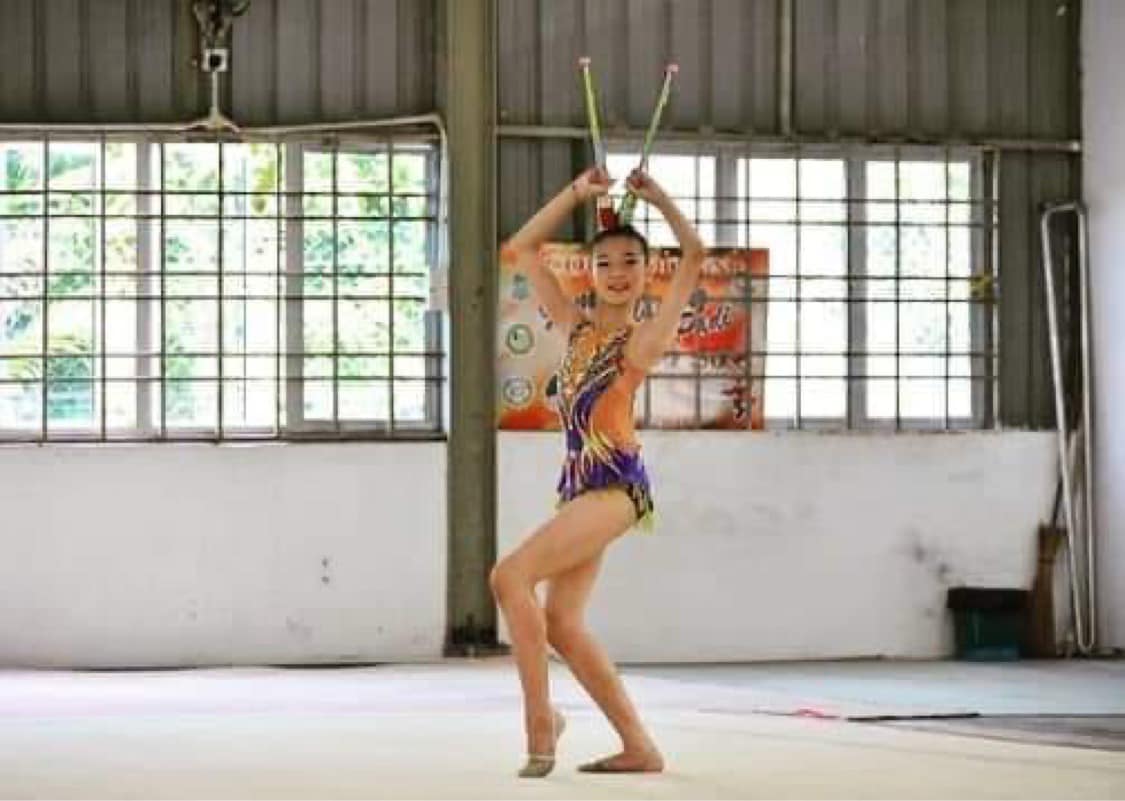 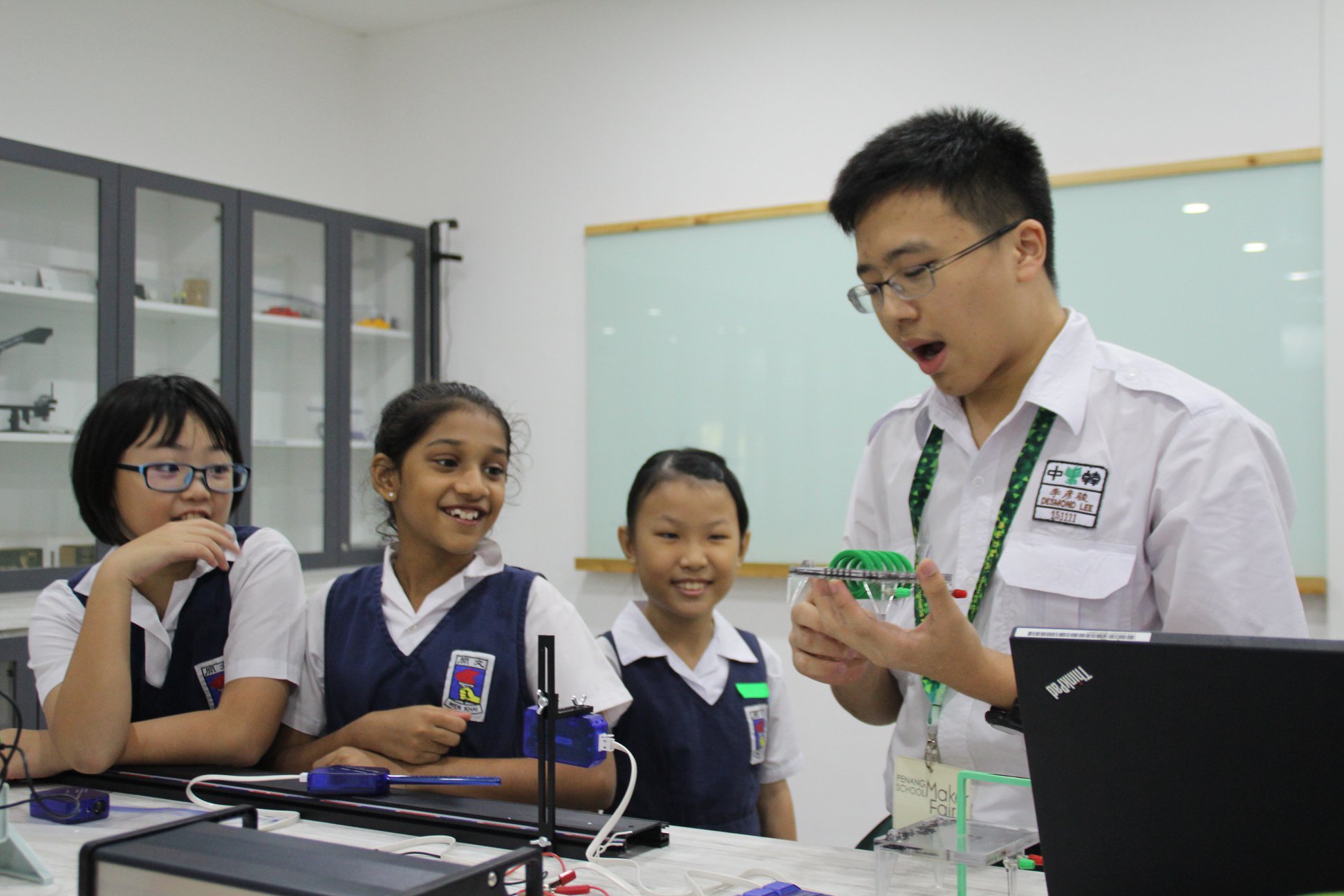 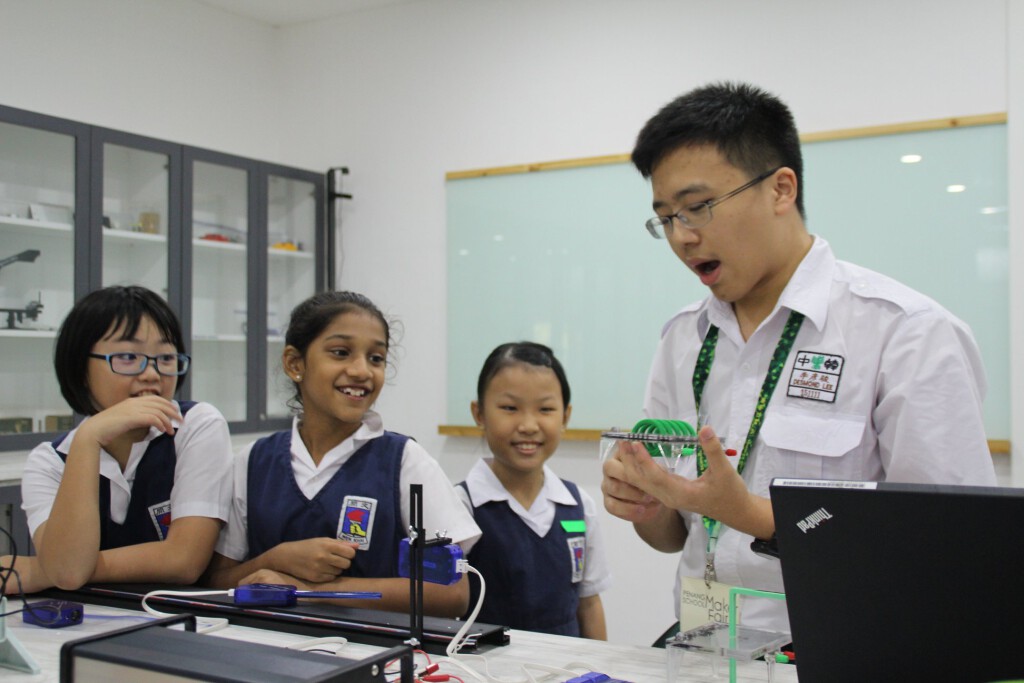 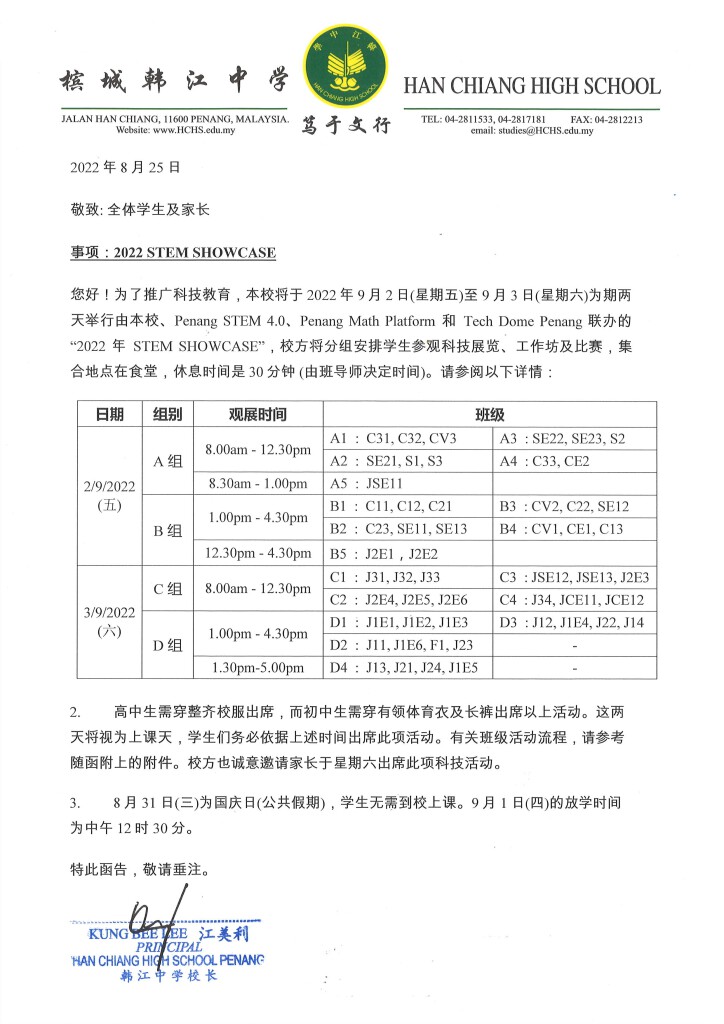 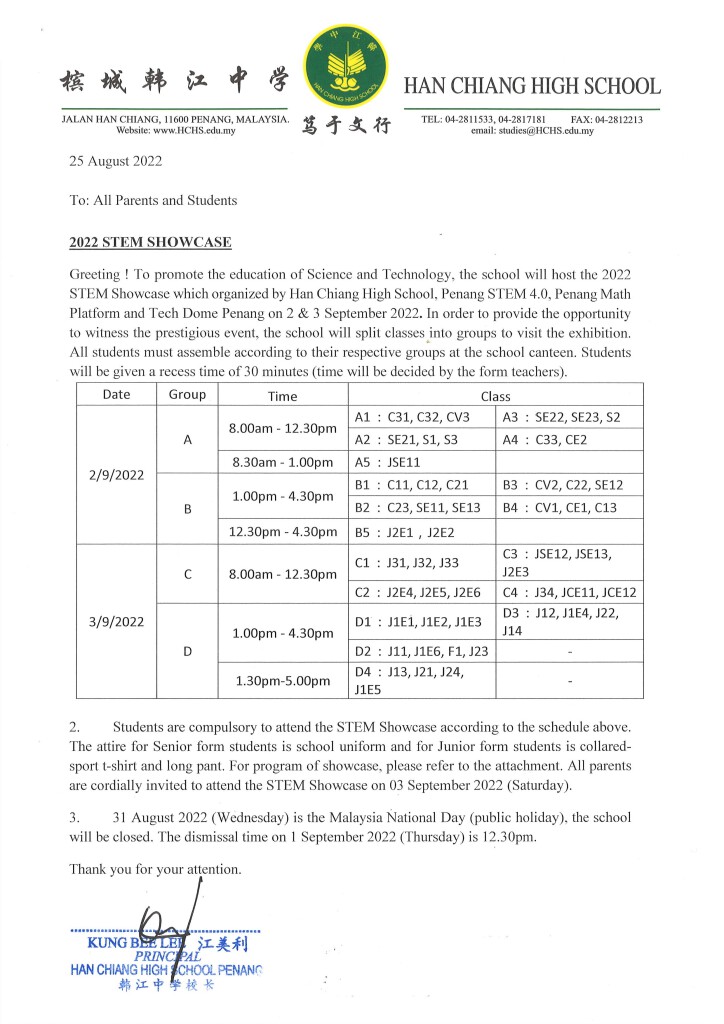 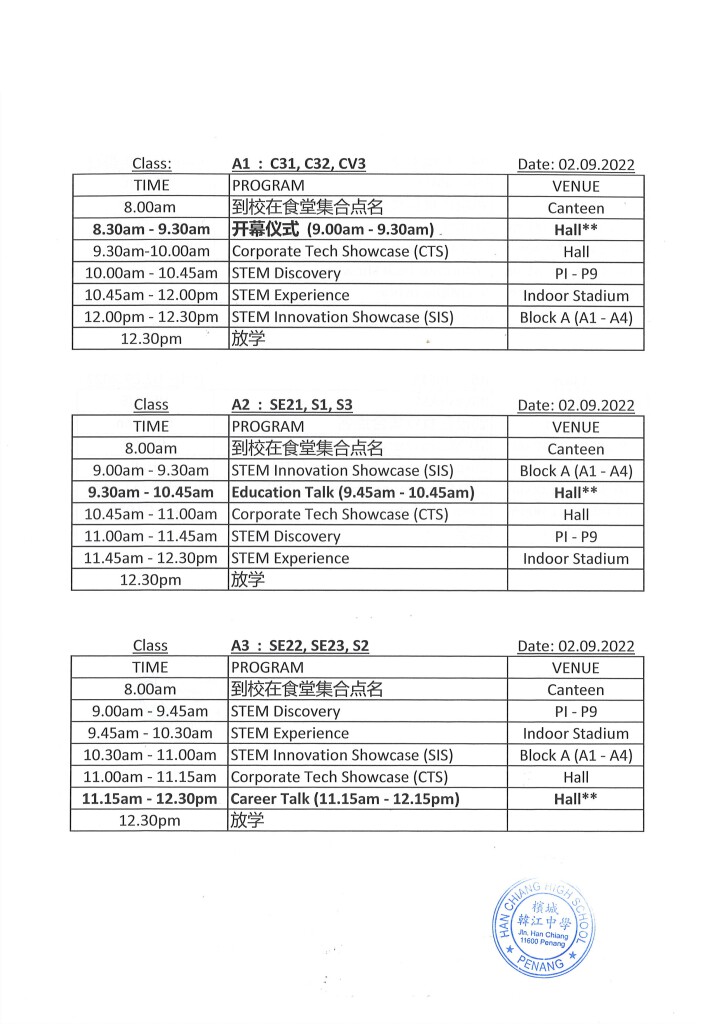 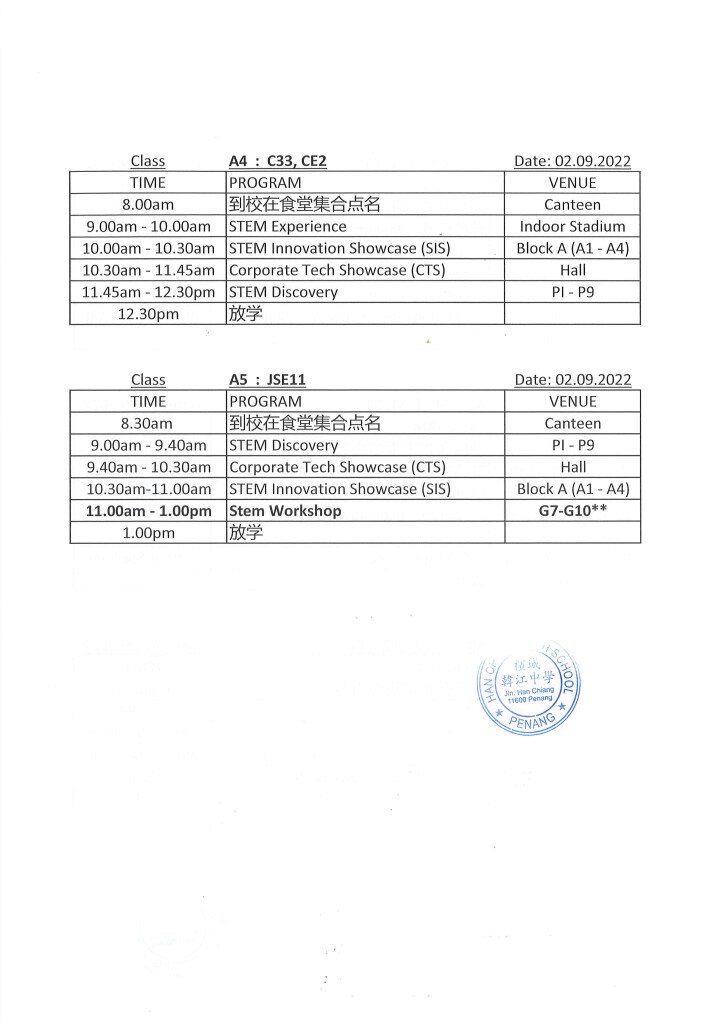 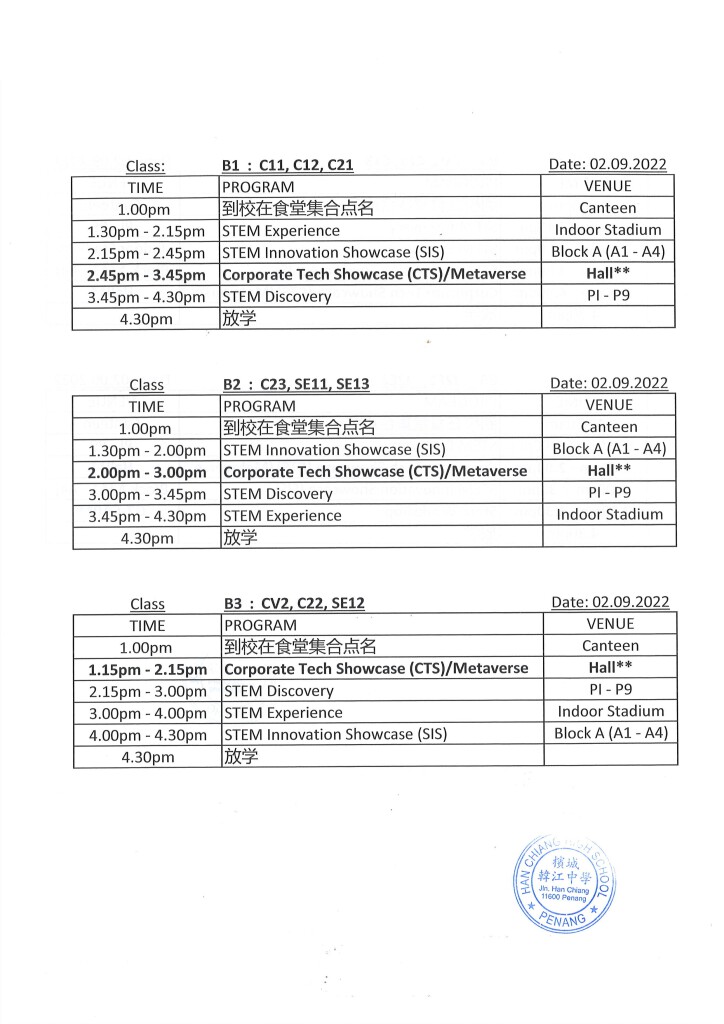 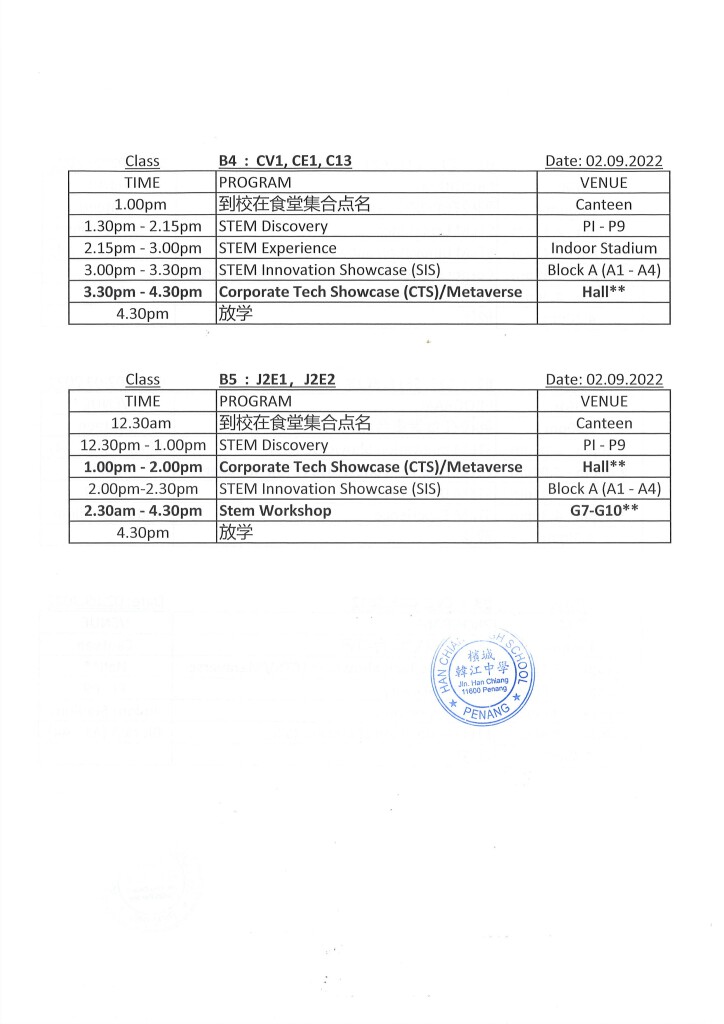 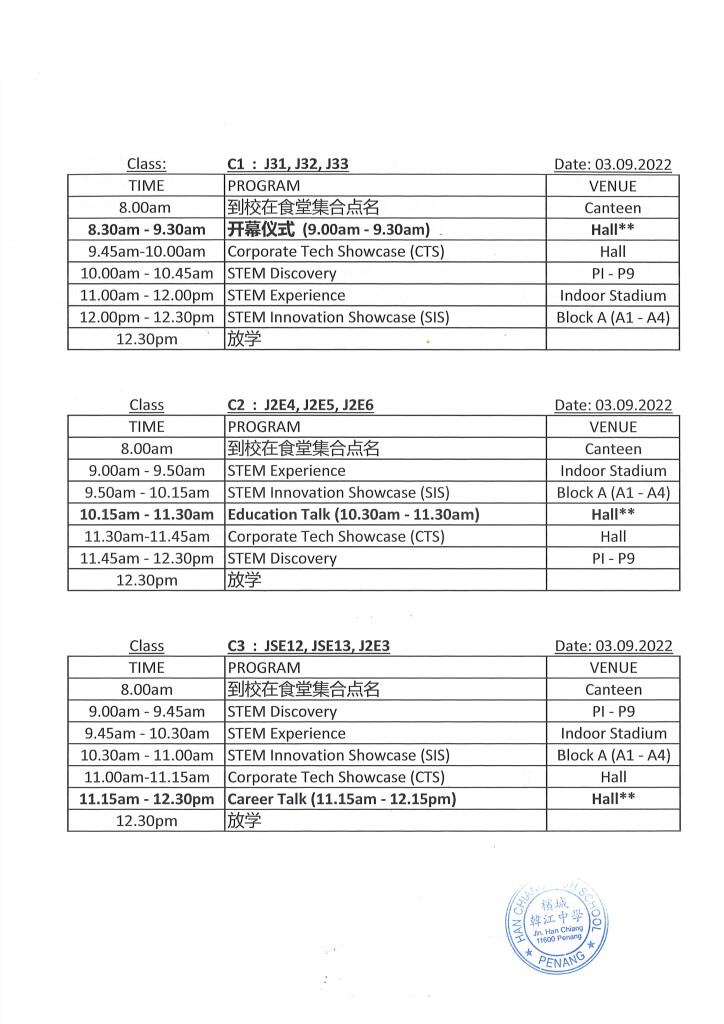 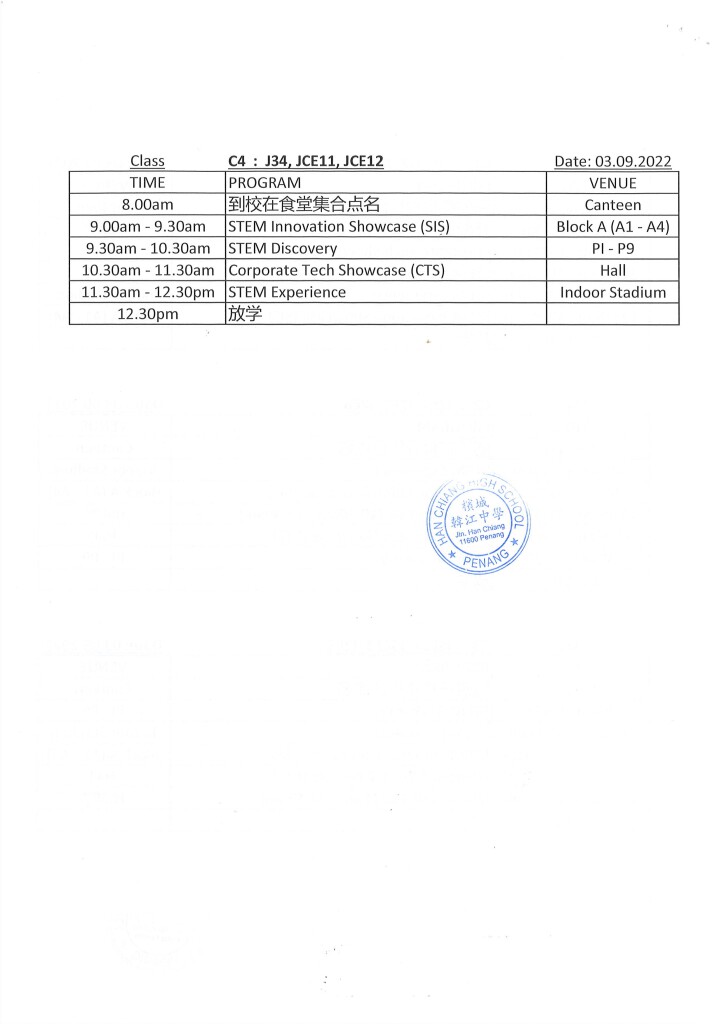 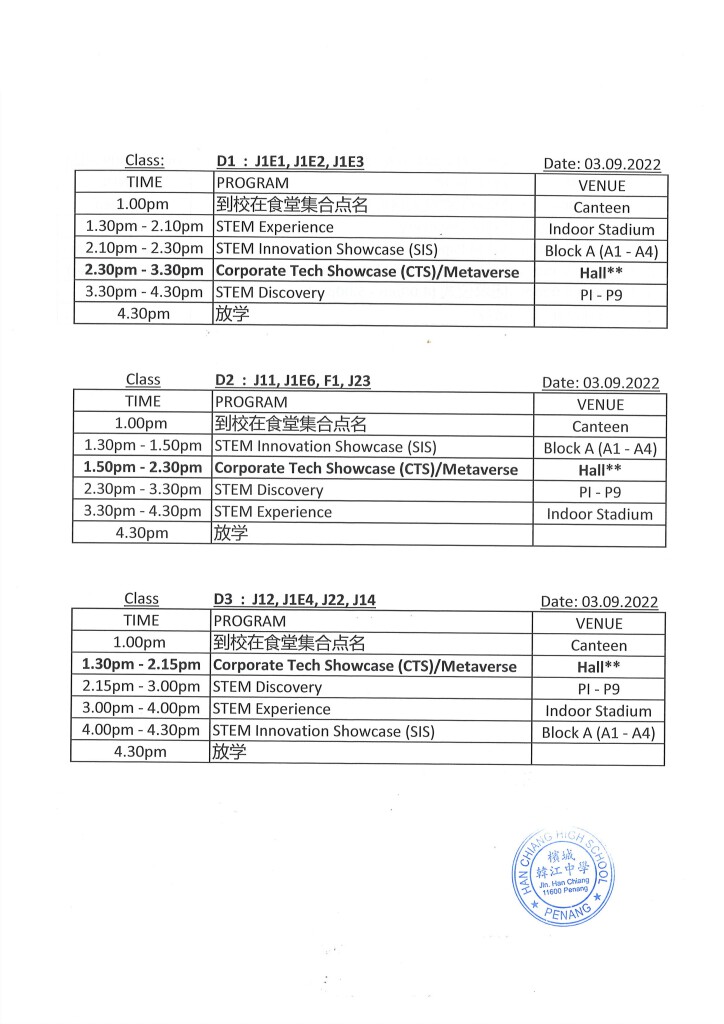 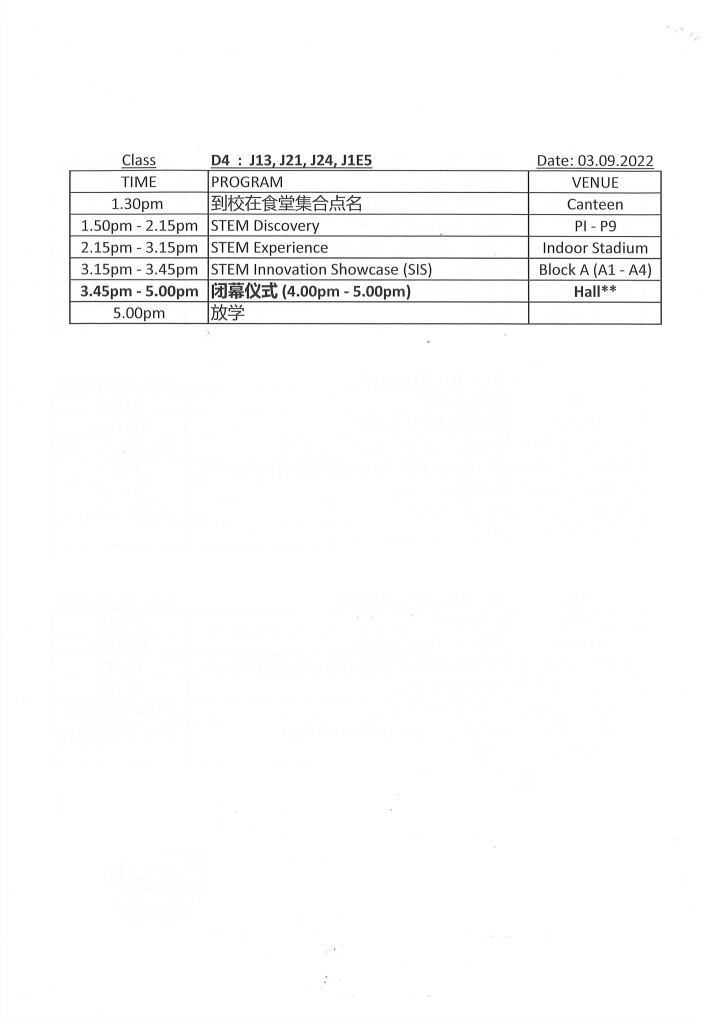 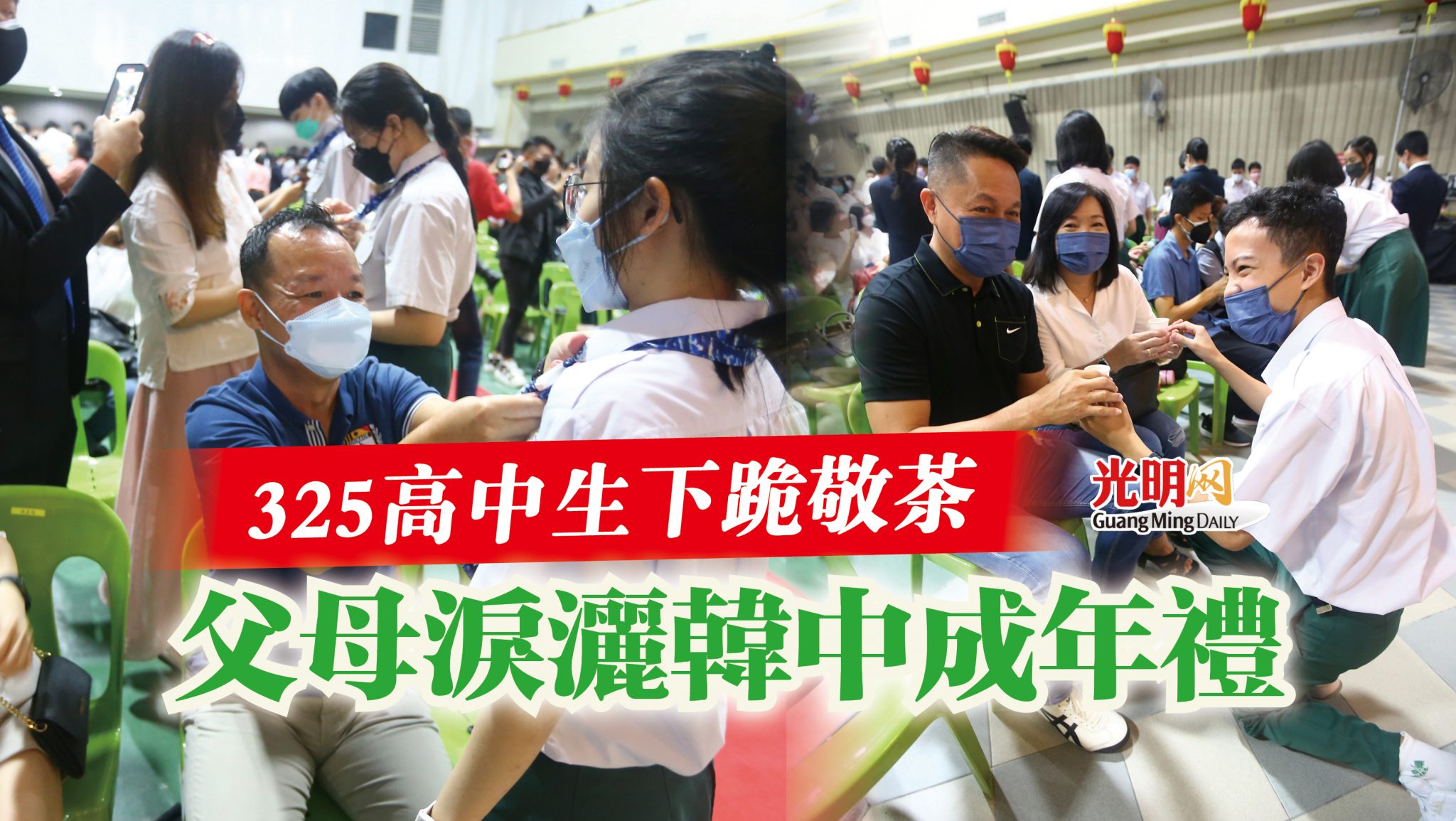 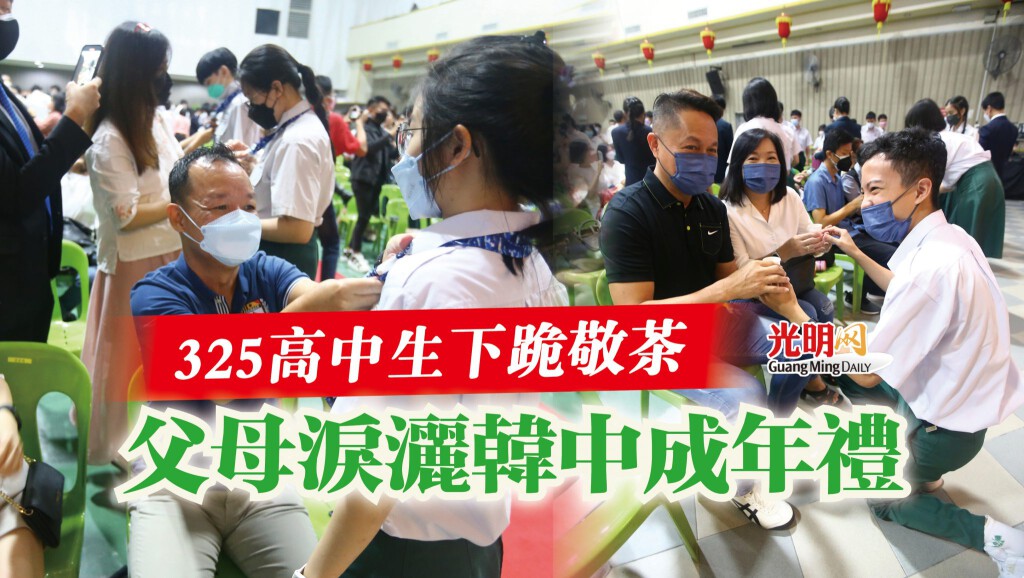 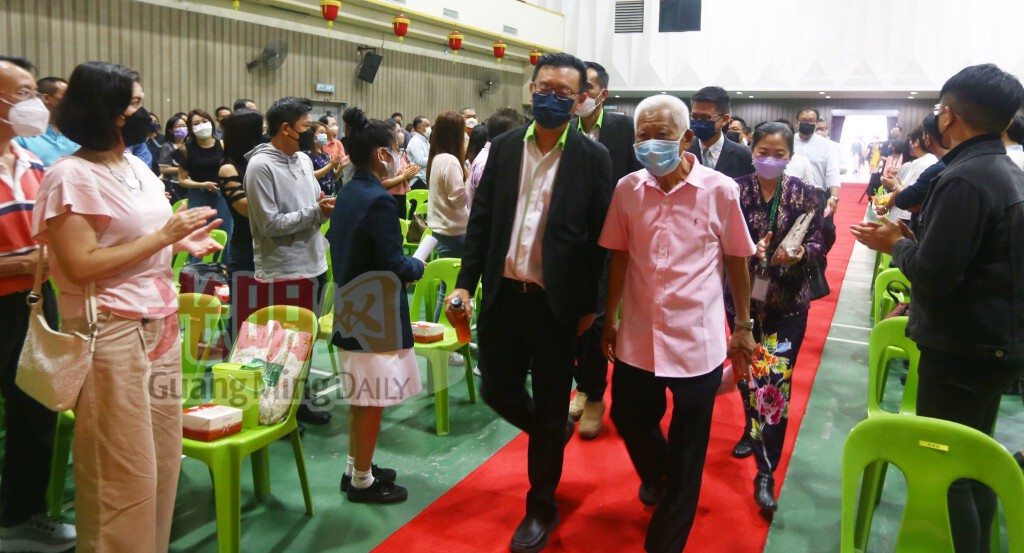 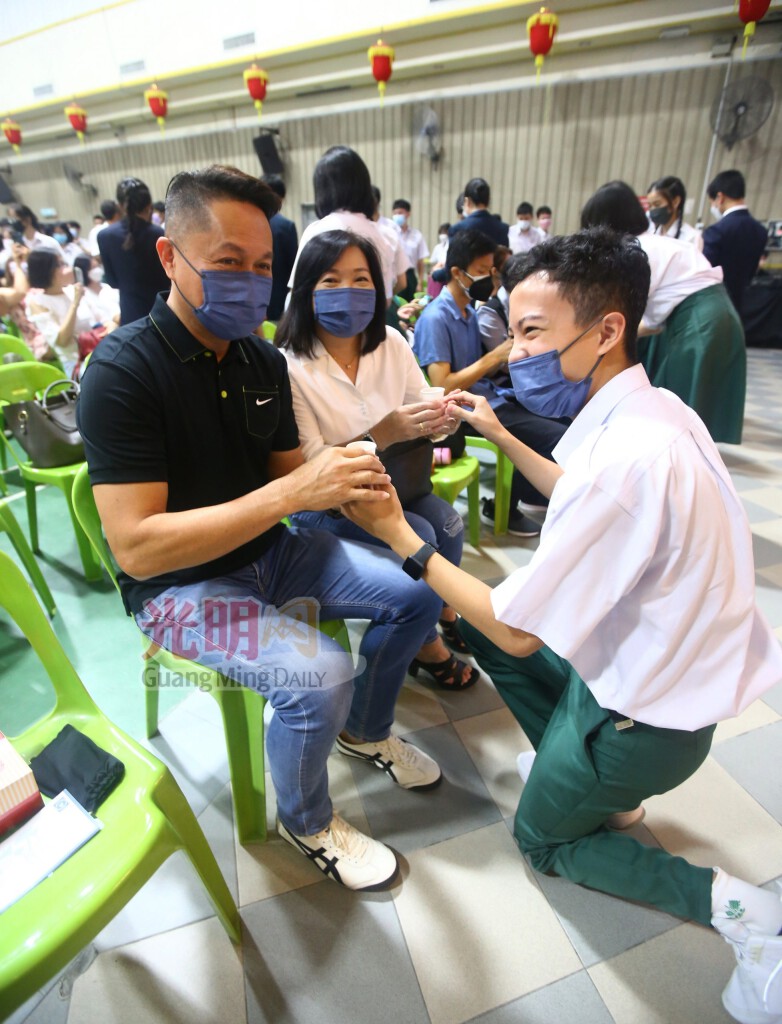 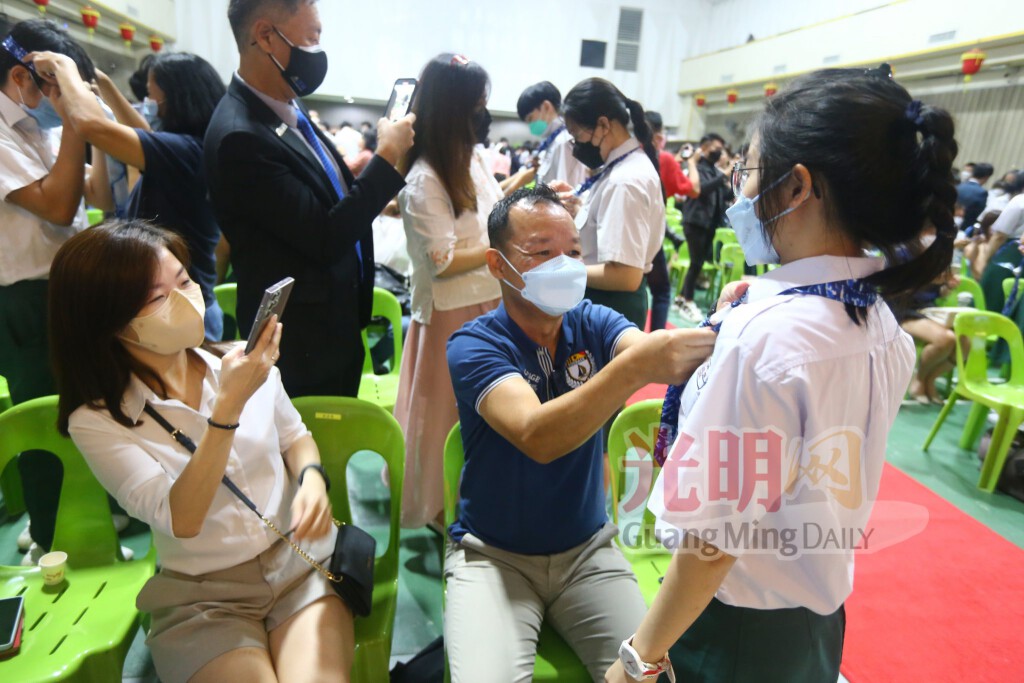 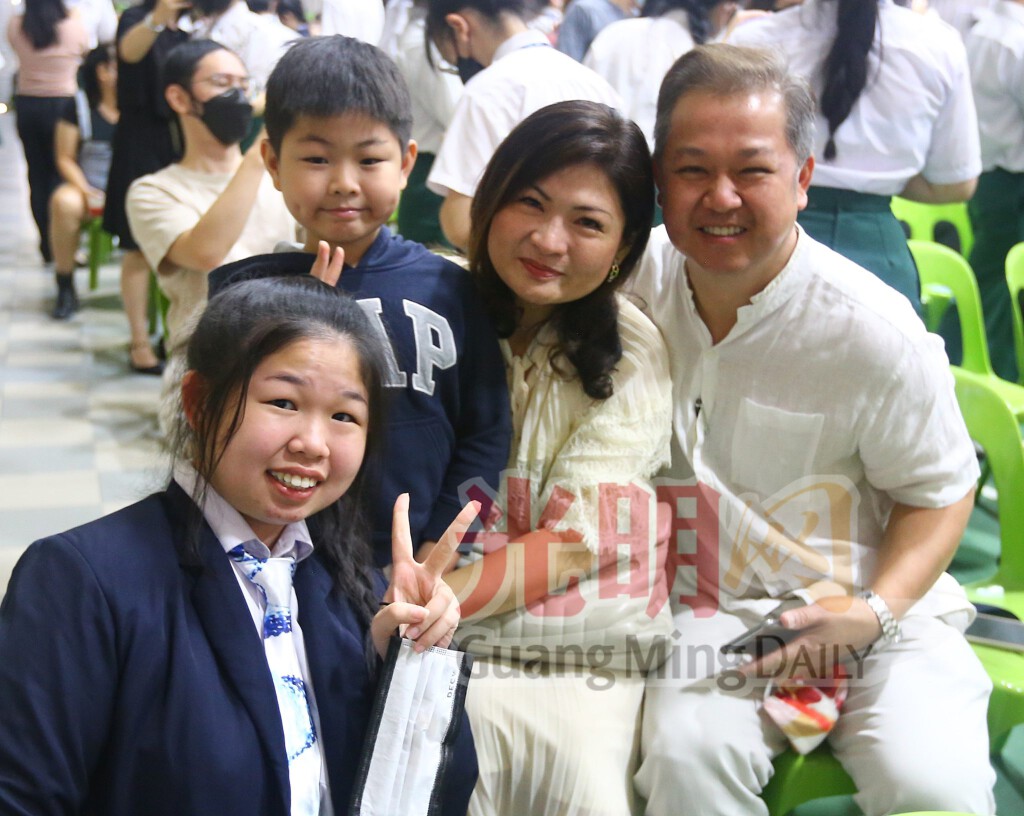 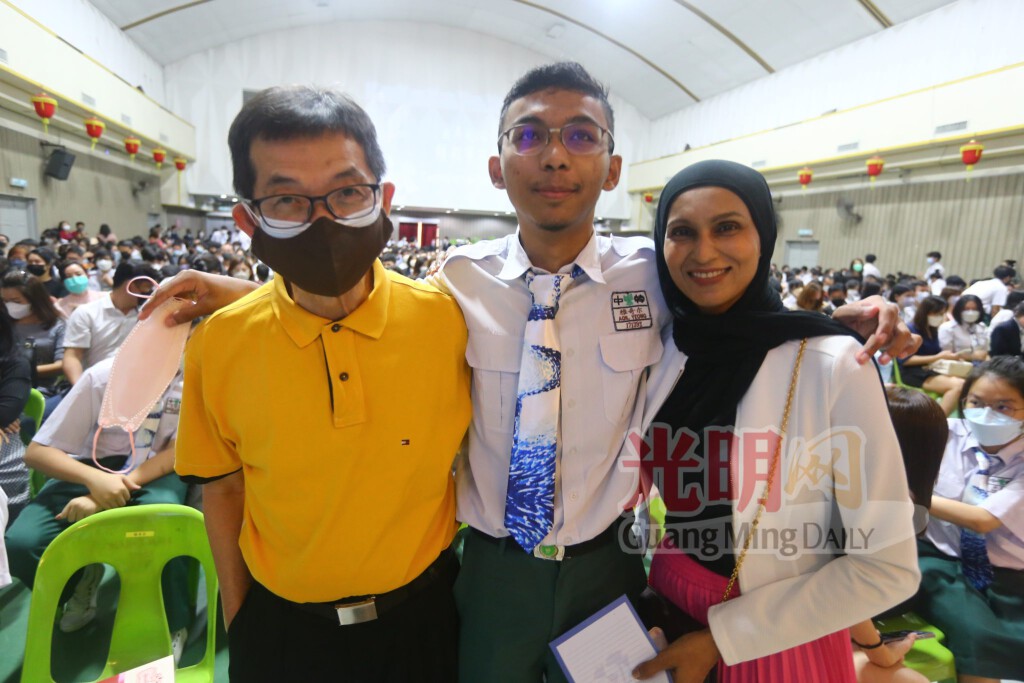 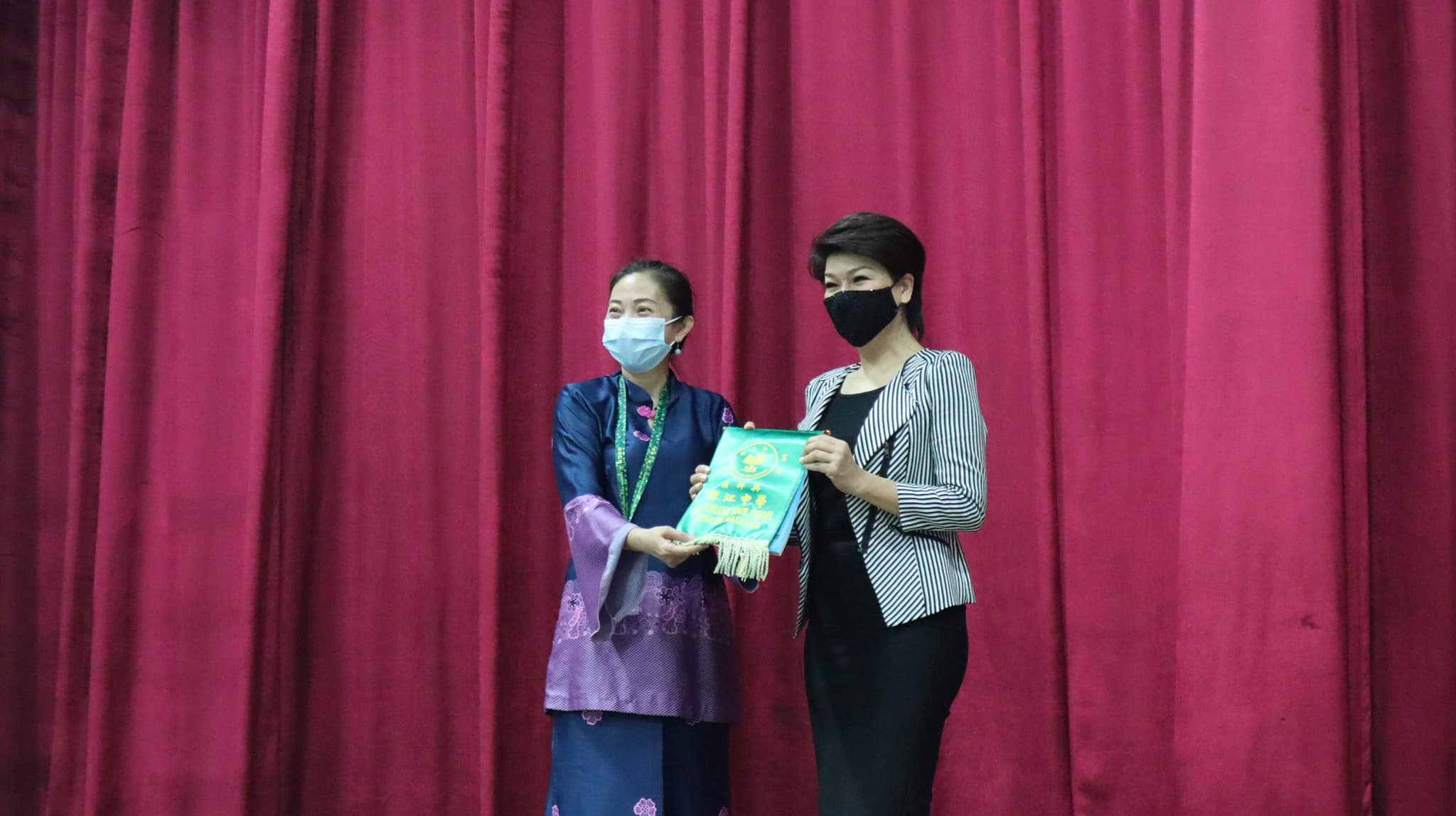 什么是个人形象仪容？它又有何重要性值得我们探讨？2022年8月12日（星期五）早上10时至11时半，执业形象顾问何国恩小姐应我校韩江中学的邀请，在我校林连登礼堂为女学生分析并分享女生应有的基本个人形象仪容及其重要性。此讲座的宗旨为帮助女生提升自己的形象，并为她们提供建议，帮助她们以形象仪容的自信，独立的展示自己。
受邀到我校演讲的专业形象顾问何国恩小姐表示，很荣幸受邀与我校学生分享她的经验，并能够帮助学生乘他们在青春期成长的过程中建立自我，给他们见识到一个全新的道路，而形象仪容便是这次讲座的主题。何国恩小姐表示形象仪容的重要性往往在于它会影响他人对我们的印象，尤其是对我们的第一印象。而形象仪容取决于你如何穿搭及打扮自己，还有我们的走路姿势、坐姿、谈吐和气质等。为了让我们更能理解形象与仪容的重要性，她分享了自己的经历。在她年轻时，因为无法为自己的形象仪容进行投资，无法很好地展现自己，这导致面试受挫，使她无法找到工作。虽然她在学生时期成绩优异，但由于她的形象仪容，没有多少公司愿意雇用她。她慢慢地意识到投资于自己的形象仪容是多么重要，从而引导她学会了投资自己的形象仪容，使她能够自给自足，自信地展示自己，这让她向成功的道路迈出第一步，并让她走到现在的位置；即成为一位著名的形象顾问，并且有来自世界各地成千上万的客户向她寻求帮助，以建立他们的自我形象和提高他们的气质。
何小姐热衷于助人，并能够帮助像中学生这样的年轻人更专业、更有序地展示自己，以及在外部和内部都有自信的肢体语言。她还表示有幸能够在许多其他学校进行更多的讲解。她的名言“你越早投资，你长大后获得的回报就越好。”她认为，在年轻时树立形象比年长时树立形象更有优势，因为你仍然年轻，这样做也更轻而易举。如果你认为这将花费太多时间，或者很难照顾好自己身体的每个部位，她建议学生可将注意力集中在面部，因为大多数人都会以你的面部来判断你的形象仪容， 如：皮肤、眼睛、嘴唇、鼻子等。因此，她希望我校的女生能够从课程中学到一些新的东西，并改变自己的思维方式。
尽管何小姐现在已经非常成功，但她也经历了很多艰苦的努力，付出了很多心血、汗水和泪水，才能获得如今的成就。 由于她年纪较大才开始发展形象顾问的职业生涯，因此受到很多的批评和歧视，因为许多人认为她年纪太大了，无法开创自己的职业生涯，这些看法来源于形象顾问这个职业通常会在年轻期，年龄大约30岁时开始，但她已没有如他们般的青春了。尽管她面对着别人对她大器晚成的批评，但通过与她的助手 Jessica Lu 的合作，她也能够将自己的职业生涯发挥到极致。她们最近还与槟州政府携手合作举办了一场女性会议 — Women Impact Makers Conference — 以建立更大、更有影响力的规模，以达到州级的形象顾问的地位，并进行多次一对一的客户会议。
何小姐的演讲充满了鼓舞人心和激情澎湃的话语，震撼了学生的心灵，增强了学生的信心。她建议学生跟随自己的内心和想法，不要为他人而改变自己，而是为自己而改变自己，只有坚持不懈与努力，奇迹才会发生。她的评论不仅为学生们指明了自信和抱负的道路，也教会了他们如何更好地展示自己和了解周围的环境，尽管学生还很稚气年轻，但不要让任何人占他们的便宜。
最后，我校校长江美俐硕士表示，她非常感激能够为她的学生邀请到这样鼓舞人心和模范的角色，能够有人伸出援助之手，帮助她教育和教导她的学生。 她还说，她把她所有的学生都当作自己的孩子，希望他们能够立志成为伟人，让她有朝一日可以引以为豪，回首往事。
On the 12th of August 2022, Han Chiang High School has invited a professional image consultant over to the school to host a talk for the female students of Han Chiang High School on how to present themselves, help them to improve their image as well as give them the advice to help them in their confidence and to be able to present themselves independently.
Introduction
He Guo En, the professional image consultant that was invited to have a talk in the school stated that she was grateful to be invited to present a talk and share her experiences with our students and be able to help students to construct themselves as they are still young and have their youth. She brought up her past where she wasn’t able to invest in her image and couldn’t present herself well which led to her being unable to get jobs. Although she has straight As as a student, not many companies wanted to hire her due to her imagery. She slowly realised how important it is to invest in her image thus leading her on learning to invest in her self-image to be more self-sufficient and confident in presenting herself, bringing her to where she is now – a well-known image consultant with thousands of customers from all across the globe asking her for help in constructing their self-image and finding out who they truly are.
She thrives to help people and to be able to help younger people like high-schoolers in presenting themselves more professionally and neatly as well as having confident body language both externally and internally, also expressing to be able to have more talk sessions in many other schools. Her quote says,” The earlier you invest, the better rewards you reap when you grow older.” She believes that establishing an image at a young is better than establishing it when you’re older as you still have youth and it is easier for one to do so as well. If you think it will take too much time or it would be hard to take care of yourself on every part of your body, she advices you to focus on the face as most people judge your face: skin, eyes, lips, nose etc. Therefore, she hopes the female students of HCHS were able to learn something from the session, something new and a change of mindset.
Behind the Scenes
Though she is extremely successful now, it took a lot of hard work as well as blood, sweat and tears for her to arrive where she is now. As she started her career of being an image consultant at an older age, she was criticized and looked down upon as many think that she is too old and wouldn’t be able to start her career because being an image consultant usually starts at the age of around 30 where one still has their youth, but she didn’t. Despite the fact that she faced criticism from others and her past, she was able to extend her career to the fullest as well by working alongside her assistant, Jessica Lu Hooi Sin, recently hosting a women’s conference – Women Impact Makers Conference – joining hands with the Penang state government, collaborating and joining hands to make a bigger and more impactful scale, reaching state levels as an image consultant with many one-to-one customer sessions.
Aftermath
The talk she gave was full of inspiring, encouraging and passionate words that shook students’ minds and raised their confidence in so. She advices students to follow their hearts and minds, do not change themselves for other people. If they truly would want to change for themselves, only then will the magic take place and truly change. Not only did the talk show students paths of being confident and aspiring, but it also teaches them lessons on how to bring themselves out more and to be aware of their own surroundings, not easily allowing anyone to take advantage of them although they are teenagers.
The principal of Han Chiang High School was more than grateful to be able to invite such inspiring and model roles for her students and also be able to have someone to lend a helping hand in helping her educate and teach her students. She voiced that she takes all her students as if they were her children, hoping that they can aspire and become great adults that she can be proud of and look back on one day. 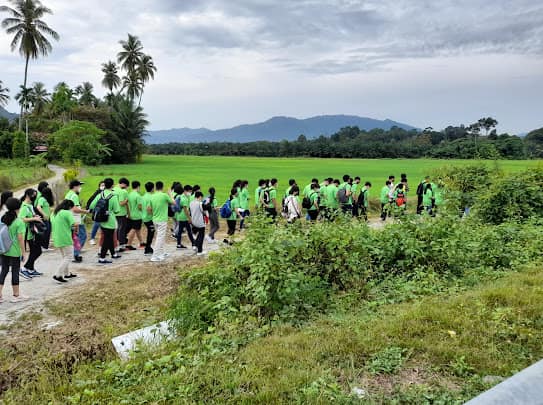 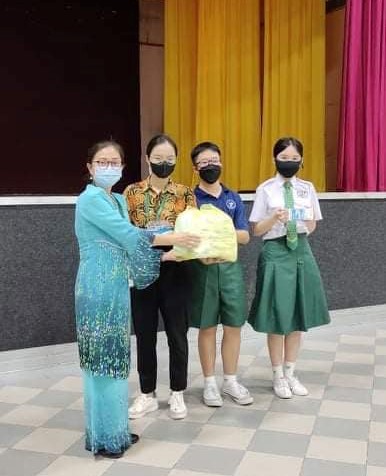 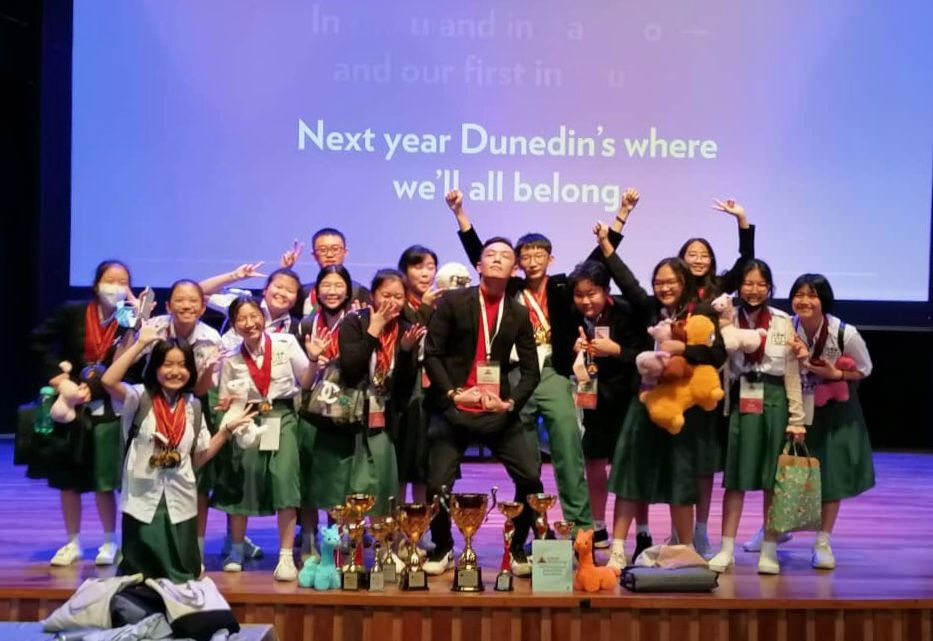 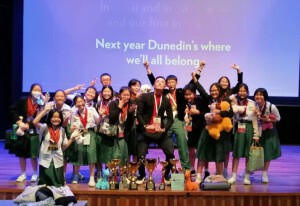 It has always been said that teamwork makes the dream work – a cliché saying that proves to be true. On 15th and 16th April of 2022, Han Chiang High School participated in the Regional Round of the World Scholar’s Cup, held in Prince of Wales Island International School (POWIIS); against many scholars, 15 of Han Chiang’s very own came back triumphed with 100 medals and 11 trophies.
Among them, 4 students stood out: a dream team in the senior division – consisting of Estelle Sia Yu Qi from SE11, Samuel Phun Wei Xen from S1, and Yap Q-Ann from SE12 – as well as an emerging champion in the junior division – Wong Yeok Hei from J1E1. Yeok Hei and Estelle both claimed the School Top Scholar accolades in the Junior and Senior divisions respectively, emerging as the First Overall Champion Scholars of their own divisions. In the Senior division, Samuel and Q-Ann were not far behind, attaining trophies as the first, and second Champion Scholar runner-ups. As a team, Estelle, Samuel, and Q-Ann also obtained First Place Champion Team, scoring exceptionally in every event.
Expressing astonishment, Wong Yeok Hei stated that she never expected to be able to win so many awards in her first year of participation. She emphasised her gratitude towards her teammates – who had helped her come through this journey – for being there for her and progressing together. Behind her striking achievements, at times she wanted to give up with the competition clashing with her exams. Though in a tight spot, she overcame these difficulties effortlessly.
As for Estelle, who has been involved in this program for a while now, she was elated when she saw groundbreaking results at the competition. Her devotion to the program lasted throughout the pandemic, and in 2022, to participate again felt like a dream. She admits that balancing the World Scholar’s Cup and the rest of her life can be difficult sometimes, as she needs to work towards her own academic goals. Regardless, she feels that the program is worth the effort. With her teammates, she believes that things will work out and hopefully they will come out victorious in the Global Round.
Likewise, Samuel Phun has persevered throughout the 2-year hiatus and was in disbelief at his awards. Describing the program to be unique and fun, Samuel dedicates time and effort towards this competition. Similarly, Q-Ann was startled and delighted to have won. Unlike her teammates, the pandemic took a toll on her mental health. Gaining back her motivation, she performed amazingly in the regional round. To balance out her studies and the program, she makes sure to sort out her priorities.
In September, the Global Round will be commenced in Bangkok, and this year, the students hope to see new, improved results on the global theatre! 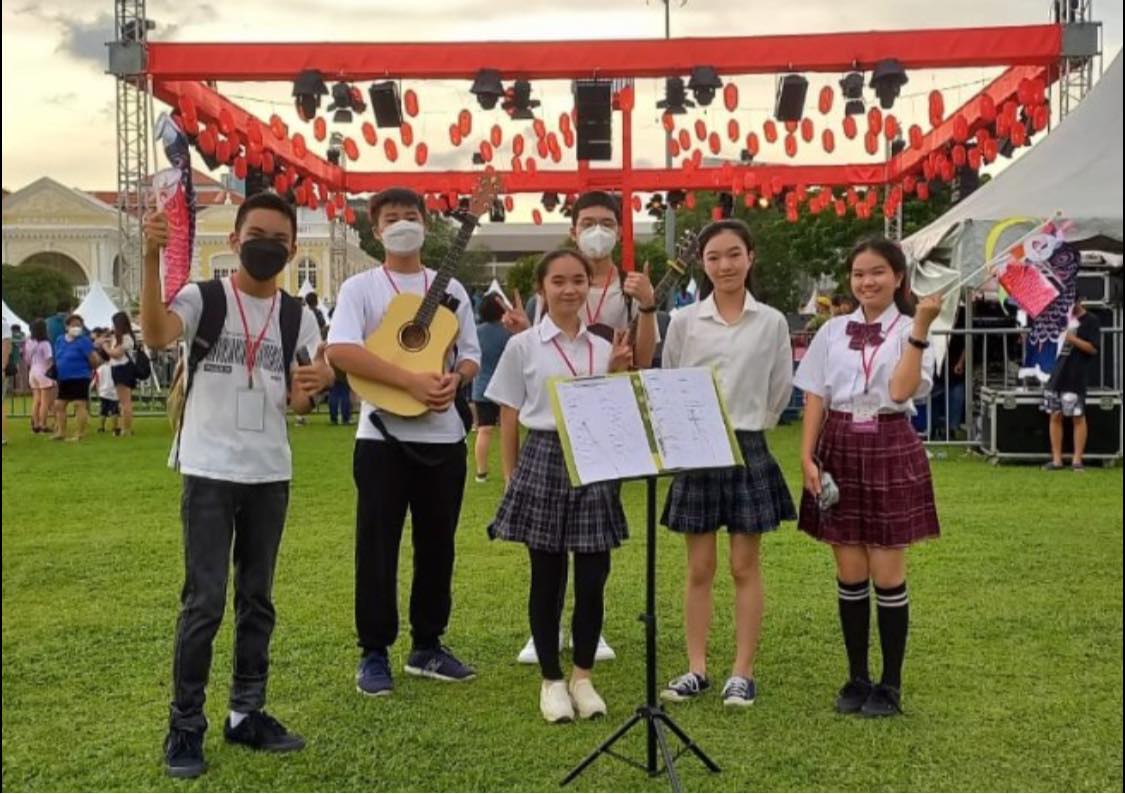