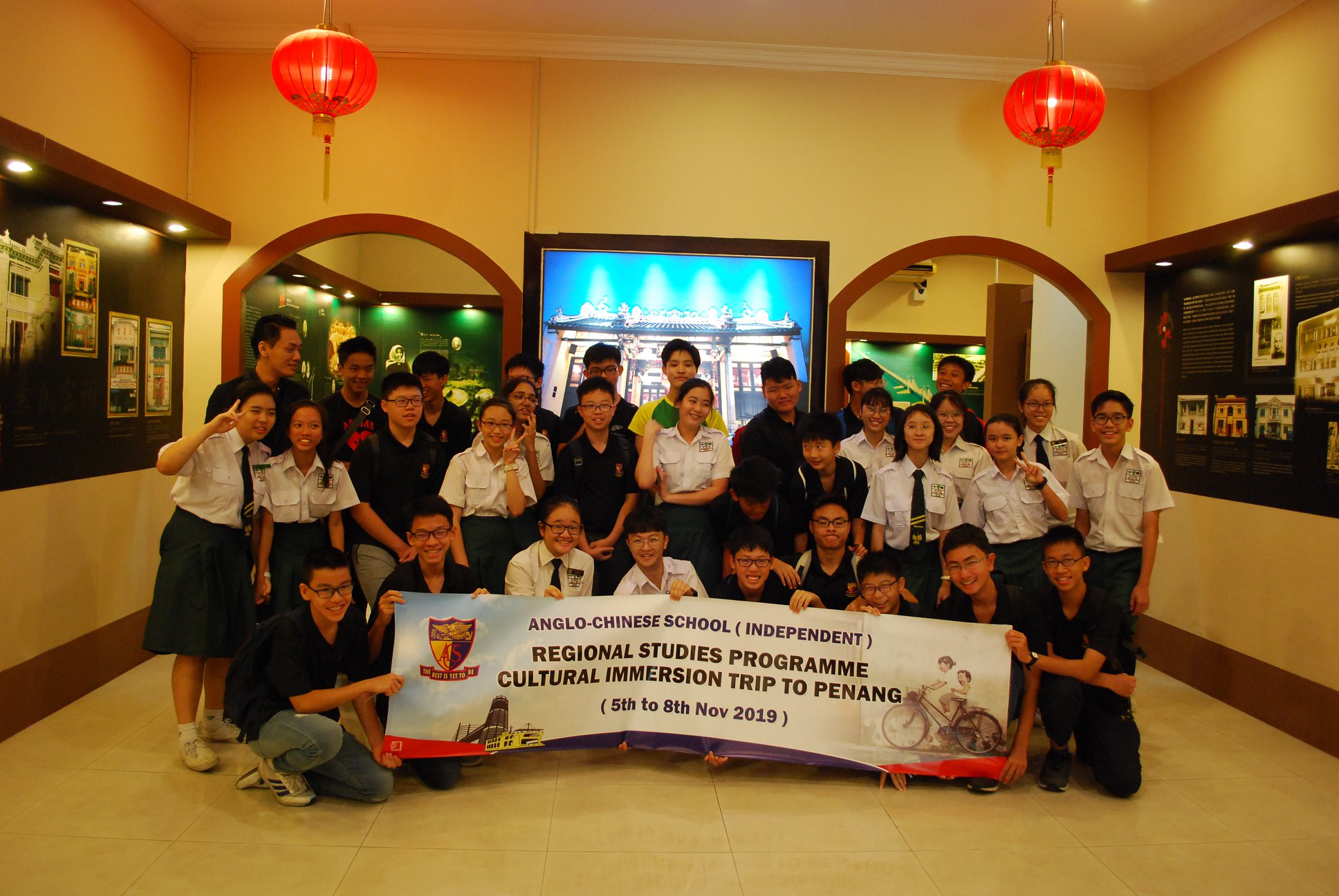 On the 7th of November, a Singapore Regional Studies Programme was held. A number of 18 students and two teachers from Anglo-Chinese Independent School came for an educational visit to our school. They arrived at 9a.m in the morning and were welcomed by their host, Mr Samuel Ong.

Firstly, they were escorted to the S.T.E.A.M Lab and took their seats in the front rows. To start off the day, Mr Samuel gave a welcoming speech and introduced our school to the students. Next, a student representative from Singapore went up to give his speech. He thanked us profusely for granting them an educational visit to our school and that they hope to better understand about Malaysia’s education system and history.

After the speeches, Mr Samuel passed it over to Mr Yap Chin Pok for him to speak. Before he started off with the activities, Mr Yap gave a speech on S.T.E.A.M Education which was something completely new to the Singaporean students. He displayed videos about the Makers Fair and as well as a presentation about the Makers Club. He also spoke about the awards they have won with their creative inventions. When Mr Yap was finally finished with his speech, the hands-on activity began. Makers Club members were there to assist the students with the programming activity known as Arduino Uno. Students interacted with the club members, listening to instructions on how to do it. They were extremely interested in carrying out the activity.

Lastly, the students were guided to the Cultural Museum. The objective for the students to visit the Cultural Museum was to understand more about the history of Malaysian culture. A tour guide led them around the museum, explaining about the history of cultures and school. The students listened attentively to the detailed explanations given by the tour guide and were fascinated by the museum. After they finished touring the museum, the students gave out souvenirs to the teachers and students that helped them around. With that, their visit to our school was over and they headed off.

Joel Neo, a student from Anglo-Chinese Independent School stated that he found the school nice and interesting. He thinks that the difference between Penang and Singapore is that Singapore is just mainly built up of modern buildings as well as that everything seemed more manufactured and fabricated whereas Penang is more unique, vibrant and lively. Apart from that, he finds the activities that were done very interesting and finds it similar to a competition back in Singapore which is about ideas. He finds it surprising that we invent and create things for fun rather than for intentional competitions or performances. Another student is Loh Hong Ming. He says that our school is very nice and is full of wonderful facilities like labs and more. He believes that the difference between here and Singapore is that Singapore focuses more on manufacturing and factory work. He thinks that today’s hands-on activities were extremely fun. He particularly liked the Robotics activity because he learns Robotics and was happy to see that some students here have the same interests as him. He likes Penang, because he finds Penang unique and fascinating.