The Work of Victory: Robotics Club 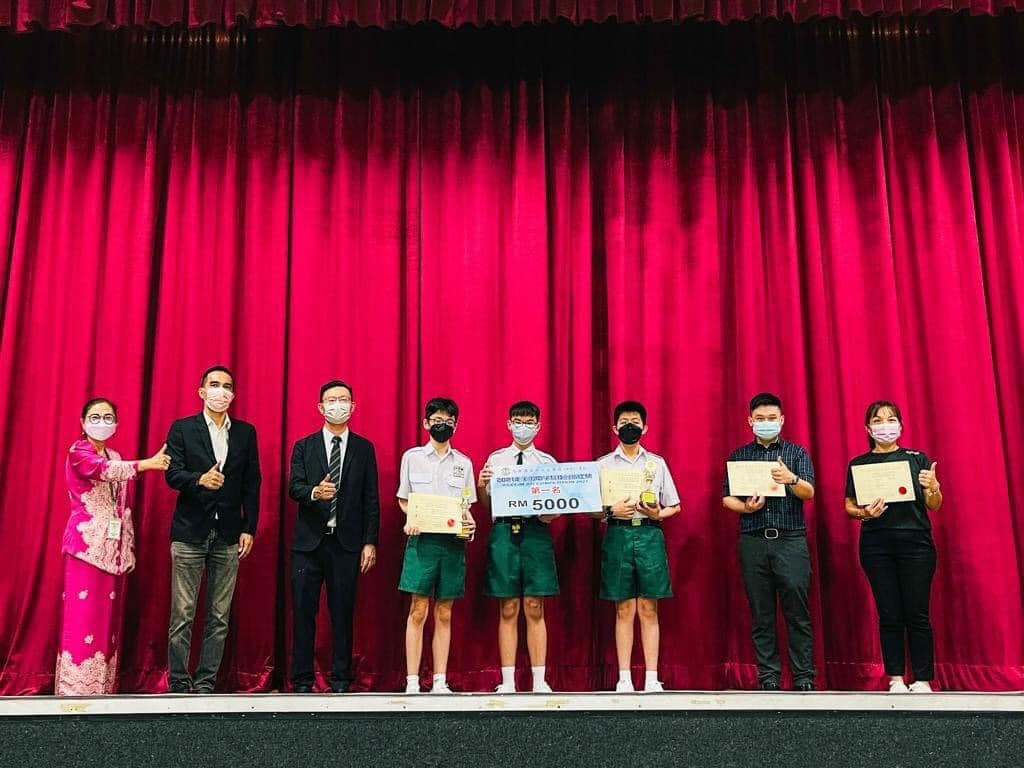 The Work of Victory: Robotics Club

As technology advances rapidly each day, Han Chiang is not late to the trend with their very own Robotics Club – where students have the opportunity to learn, develop, and build. With that being said, through the club’s constant hard work, their students have recently won an award, winning first prize; let’s take a closer look at the glory and see the reason behind their success. The winners are Eiffel Sim Jue Wen, from J2E4, Low Hong Zhi from J2E1, and Mah Jian Zhe from J2E1.
Competition Aftermath
The unexpected achievement left the three students astounded and startled. The immediate joy and ecstasy came next. Eiffel Sim Jue Wen, one of the members of the winning team, advises his juniors to seize any opportunity that they are given, and not give up easily. The winning team was very thankful and delighted to be able to win this award, shining as bright as they could. It is to be admired for their hard work, unlimited patience, practices and coaching, consistent learning, and expression. Along with winning their treasured award, they have also pushed the boundaries of their knowledge that they had to convey, and achieved a high amount of patience.
Behind the Scenes
Behind the stage is an infinite amount of work and effort from both the students and teachers. Although online lessons – because of the pandemic – can be tedious and mundane, the students’ immense interest still extends far and beyond. Through online lessons, students are under training from the coaches, carefully learning the ropes of coding and designing. During mandated curriculum time of school hours, members of the Robotics Club take lessons regarding the concepts of science, math, technology, and engineering. Building the robots piece by piece like legos, students were able to build functioning robots as well as run varying programs on them at many occasions.
With the endless support from their teachers and coaches, students are much more encouraged. Therefore, they are able to push even harder and strive to be even better than before. After all, it’s best to improve a little day by day. The specially-hired coaches also set questions to ask the students in order to trigger their brain and have the students thinking on their feet in between lessons. Low Hong Zhi himself thinks the process of learning in the Robotics Club is fun and exciting, as they are able to retain a handful of knowledge on robotics. As every year passes by, the club progresses, training towards higher goals.
Among Eiffel Sim’s many reasons for choosing Robotics, one of them is due to the fact that he is quite familiar with robotics since he has taken robotic classes before. With that in mind, he often builds robots for fun when he has time to spare. Considering how he is extremely interested in such schematics and programs, he finds that he is able to express his creativity in his build while also retaining precious knowledge.
However, the successful and amazing robotics club we see now was once a place of tremendous conflict; a hero came to the rescue. Teacher advisor, Mr Chin Kai Leek, was able to build up strong bonds with his students, and form a cooperative, award-winning team. As to that, the robotics club has made great improvements, and is continuing to win a large amount of awards; the Jewel to the Crown.
For the competition alone, students had to build and program a robot, along with coordinating their speech to be able to convey their idea successfully through the video filmed. Easily weaving their ideas against the virus into their project, they were exhilarated to know that they explained their idea to the best they could, even with their limited experience in this field. The winning team, consisting of Eiffel Lim, Mah Jian Zhe, and Low Hong Zhi, had been preparing and practicing hard since the start of time and throughout the months of March to September before the competition. With their efforts, it’s no wonder they won!
Comments for this post are closed.